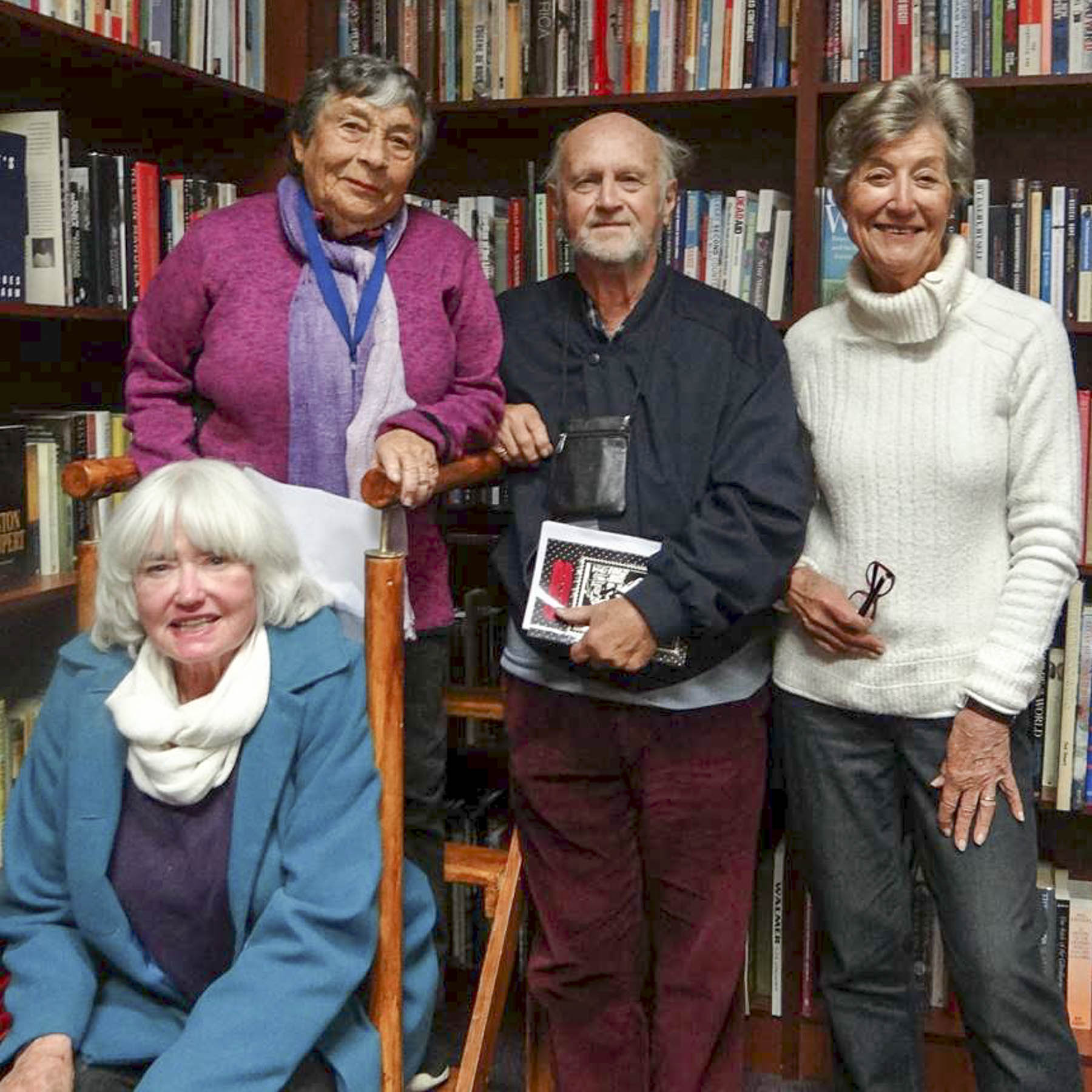 Enjoy the wit, humour and humanity of Margaret Clough, Geoffrey Haresnape, Adre Marshall and Stephanie Saunders in a programmed reading of their poems.

Margaret Clough is a retired Soil Chemist and Physical Science teacher. She started writing after retiring to Cape Town.  She has written several short stories and children’s plays and has published four books of poetry, At Least the Duck Survived, and The Last to leave,( published by Modjadji Books) and Portrait in Thread and A Pious Pachyderm(self- published).   Her poems have been published in Carapace, New Contrast, Stanzas, Aerodrome, Type/cast and the anthology, Absolute Africa

Geoffrey Haresnape has been writing poetry for over 60 years.  His published collections are Drive of the Tide,  New-Born Images, Mulberries in Autumn, The Living and the Dead, and Where the Wind Wills.  His work has been included in various anthologies including The Penguin Book of South African Verse  (1968),  OUP’s Seasons come to Pass (1994) and The New Century of South African Poetry 3rd Edition  (2018)

Adré Marshall has taught English at various universities, more recently at UCT where she was awarded a PhD.  She is the author of a book on Henry James and her poems have been published in numerous journals and anthologies.

Stephanie Saunders studied Fine Art at Michaelis.  Poetry, mostly humorous, is something begun at school, but re-discovered later.  When not composing poems, she is a keen gardener, artist, hiker and garden guide at Kirstenbosch. She has had poems published in various publications.