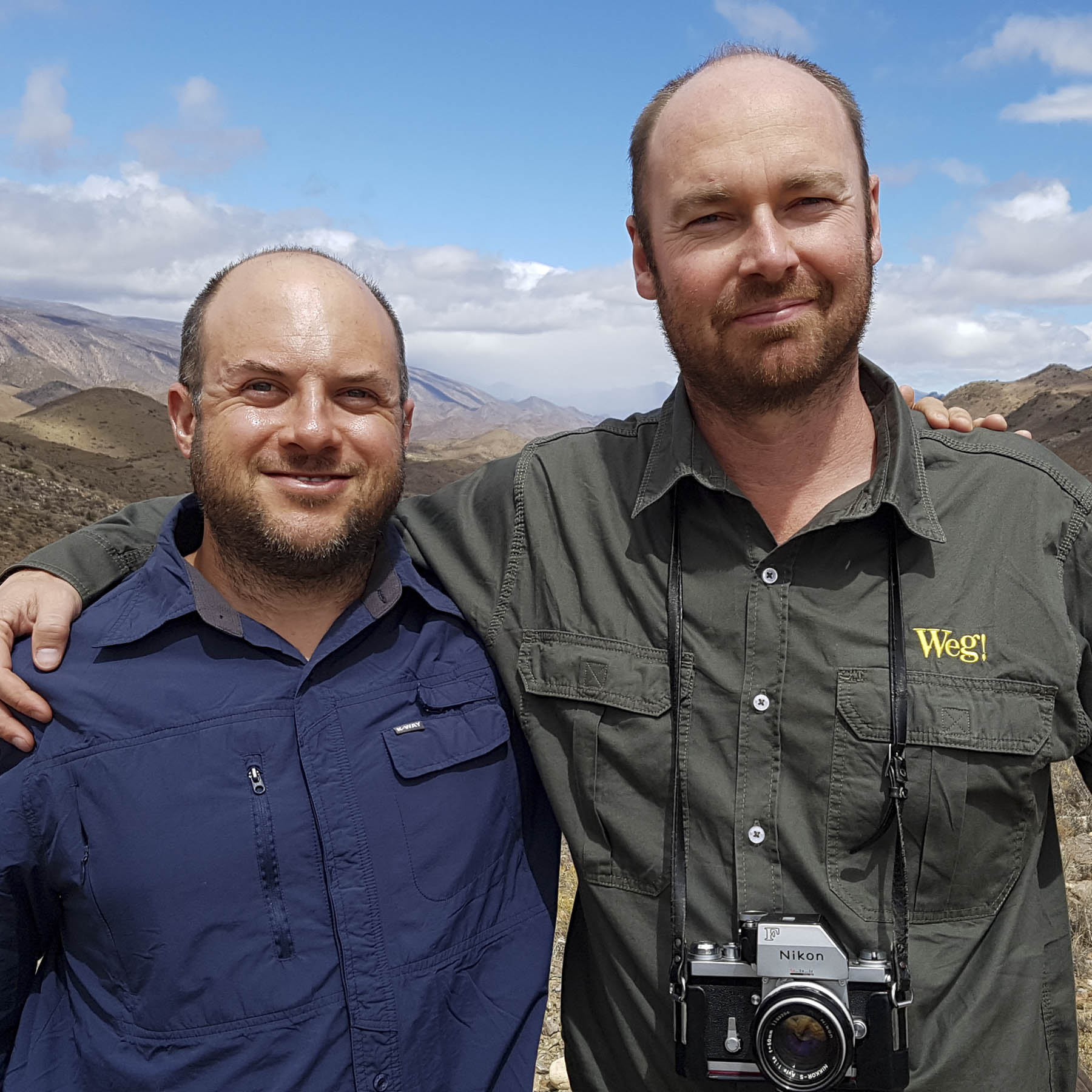 “Kimonos in the Karoo” – Erns Grundling and Toast Coetzer

In this bilingual discussion, Toast and Erns will talk about recent travels and writings ranging from Japan to the Karoo. Erns travelled to Japan to film a KykNet TV series and his book about the adventure, “Sushi & Shosholoza” will be out soon. Toast’s band The Buckfever Underground has a new album out (“Last days of beautiful”), and he will read some of the lyrics from their visceral songs about the Karoo landscape. Erns will also talk about his latest Camino book, “Walk it off”.

Toast Coetzer is the Travel Editor of Weg/Go magazine and a co-presenter of the Via TV travel show, Weg Agterpaaie. He is also frontman of the spoken word band The Buckfever Underground and a part-time DJ on Bush Radio in Cape Town, where he lives. Follow him on Instagram: @toastcards

Erns Grundling is an author and TV presenter with popular KykNet shows like “Die Ware Naarheid” and “Elders: Japan” behind his name. He and Toast are also co-editors of the underground literary zine called “Ons Klyntji”. He lives in Cape Town and you can follow him on Instagram @erns.grundling