POEMS OF THE WINNERS

she’s never there when you need her

…like the other night when we’re walking home late

and our anxious angry, parents are waiting at the gate

and it’s dark, damned and dangerous out here in the Bush

But without the light of the moon

we’re not gonna get home soon

I’ll be in trouble for sure

But the moon doesn’t give a Tush

Then the next night she just pitches in the sky

without so much as a “sorry bro”

and as large, bright and beautiful as god’s eye

eaten into perfection by heaven’s scavengers

Giving power to plants to help then grow

Wolves howl at her feet

Her sharp rays pierce into my

THE DAY MY GRANDFATHER (TAMKULU) DIED

When mother and father died, and we were so young,

and now are stars in a galaxy beyond time and space

You were my sun:

I relied on to nurture me.

through the waxing and waning of my cycles and phases

I was your moon:

Your hearth and your home

Your receptacle: A keen listener, archiver and believer

in all the adventures and tales of tamkulu.. the Sun God.

You learned to feel through my laughter and my tears

as I, like a full moon to a tide, pushed and pulled you to my will.

On the day you failed to rise

My centre will not hold.

was vir my soos ‘n geweerskoot.

Ek was dan tog so klein.

Ma (an) is die hart van my siel

When I look at the moon I see

reflecting the mystery of me:

I try to hide

keeping all the fears, tears and self doubt

But its at night

when the moon seeks me out

to open the padlocked gate

and let the nightmare escape

Like the moon that dwells in the darkness in order to be seen,

in those dark desolate, disheartened moments

it is through self-reflection

my hidden truths are revealed

And to my surprise they don’t they no longer frighten

they enlighten and thrust me towards the next phase

into a transforming version of me

A MISSIVE TO THE MOON

GETTING TO THE HEART OF IT

Your heart is generally in the right place

Especially when you are full and your light will illuminate

my strengths and fine qualities considerable.

But then you do an about face

…you wane and constrict, restrict and invigilate

putting me to the test, exposing my mistakes, making me miserable.

But then you won’t leave it there

…you get darker.. stalking me at night

turning my dreams into a nightmare.

It is then, via these cracks, that your love and light shines through

THE HEART OF THE MOON

the moon paints the sky

a colour so white and crisp

that it rips through the darkness

and later concealing the scars

by covering them with bright, beautiful stars.

With daybreak her last work is stolen by the sun

announcing that his work has just begun.

Willingly she then surrenders her throne

for a reason well known.

Dit is my roetine elke nag

THE MOON, GOD, THE SEASONS, THE TREE, AND ME

IN THE BEGINNING WAS THE WORD

Like a tree dropping its fruit, shedding its leaves ready for pruning

Like me reassessing, letting go of what no longer serves my right of passage.

POEMS OF THE WINNERS

running with the moon

we ran with the moon along an unfolding shore of silver

no start to the race, or finish, unknown to each other

to beat the tide, to drown in a quicksilver sea

to meet our shadows in naked radiance

between two rivers, salt sucking at our footprints

old as pieces of eight, young as bitcoin

at the fast moving ribbon of river, we pulled up, rearing,

milling like white horses, until at an unspoken word

we retraced our steps

tom and she cat tumble

Some say Lucifer the devil fell

from the heavenly realm

for he saw himself as the source

of light, not reflecting divine fire.

In a cold war space race

fifty years ago, was it part Lucifer

that landed the Eagle lunar ship

so man could plant the Stars and Stripes?

When the first man, his heart thumping,

did his boot scraping the surface

raise a spark of Lucifer light?

As our astronaut thrust a spade

into her crust in search of a sample,

he uncovered a heart made

of moon shadow and mirror light.

For the moon in all four phases and faces

humble powdery planet that she is,

does not see herself in such a grand way.

She bathes in shades of ambiguity.

She speaks to our planet in a tongue

that shifts the tides, calls night crops forth,

breathes to the rhythm of a woman’s cycle

and makes space for lunatics, lovers and poets.

Heart of the Moon

you remembered each moment

you were going to die

would you say what you mean

sit with your father

in his failing twilight

limping about in slippers

threading the next stitch

sipping coffee in the armchair

glancing at the moon

with a grateful heart

THE FINALISTS IN  THIS YEAR’S POETRY COMPETITION

The theme of this year’s poetry writing competition is The Heart of The Moon.

Entries are invited in 2 categories as follows: 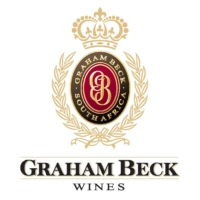 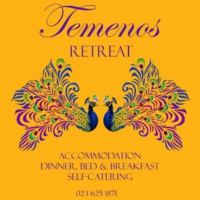 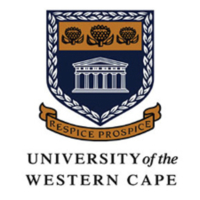